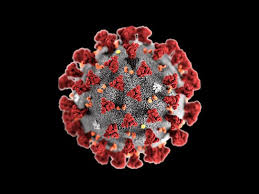 That day I woke up to the chirping of birds. I had not heard so many birds singing outside my house since I don’t know when. And then there was another sound which made the morning very pleasant…….silence. No cars honking, no screeching of tires, no cacophony of people fighting with each other. Ever since the lockdown had been announced due to the Corona pandemic, there had been a significant reduction in the amount of pollution – noise pollution, particulate pollution, smoke pollution, water pollution – you name it! The skies were clearer, the air was clearer, the morning smelled fresh! And to an asthmatic like me, this was heaven!

The weather too had been great, this past week or two. The days were warm, the nights were cold and the mornings? Ah, the mornings! The mornings were crisp, and they smelled like…..like…..wet grass and marigold and rose. And yes, the mornings were lazy too! There was no hurry, we had nowhere to get to in time. Of course, I had to go to the University, but there were no schedules to be adhered to, no morning classes, no patients waiting to go down under the knife for a tummy tuck. Life felt relaxed!

Except for the fact that the whole nation, nay the whole world, was in the midst of a pandemic, life was good.

We had, serendipitously, stocked up on the most important grocery items and fruits and veggies just in the nick of time, before the stores closed, and thus were comfortable for the next few days. We knew we would figure something out in the meanwhile.

And so, I rose that morning, feeling fresh, rested, relaxed and without an agenda for the day. This had not happened in my living memory! As I rose from my bed and stretched my back (I sleep on the ground), I looked at my girls sleeping peacefully on the bed. They had pulled their sheets up to their chins and were curled up like puppies. I smiled, involuntarily. There was no school too!

I did not have to do the cruel, merciless and herculean task of waking them up in time and getting them ready for school. Mamma was curled up too….not my Mamma, but the girls’ Mamma. She slept peacefully, an involuntary smile curling up her pretty lips.

And so my lazy morning started that day. I opened the doors, plugged the phones into charging, filled the water bottles, and cleaned up the ‘mandir’, the ‘pooja’ room, where all the deities were stationed in our house. Then I carried the tea-cups to the bedroom, where Mamma was just stirring. I smiled at her, as she looked me with sleepy eyes, and switched on the television, to get our morning dose of the news from around the world. ‘CORONA’ the headlines screamed, as did the anchor and the news editor sitting in the studio. The data came tumbling out of the screen, jarring us awake – total cases worldwide over three hundred thousand, death toll in Italy four thousand, death toll in Spain three thousand, America……France….England…..it went on and on and on….ad nauseum.

‘This new virus, I tell you’, I said to Vaishali, ‘is going to bring the world down to its knees. Look at the developed nations, they are unable to do anything. Mighty powers, armed with nuclear weapons to their teeth, and brought down by an invisible enemy.’ Vaishali nodded in approval. ‘I don’t know how long the lockdown will continue in India’, she said. ‘We will soon run out of fruits and veggies’. ‘Don’t worry’, I said, ‘I will get some on my way back from the hospital.’

I hummed a tune in the shower, scrubbing myself – I would do this once more when I returned from the hospital. We were practising social distancing at home, as far as possible, and were trying to isolate my work life from my home life. When I came back from work, I would call home a few minutes in advance and Vaishali would come down and open the doors for me. Dropping my tiffin box on the way, I would go straight to my study and deposit the rest of the things there. The bag would rest on a sofa reserved for my things, and other things would follow – my wallet, my pens, my card holder, the small box of Vaseline I carried in my pocket, and my belt. Then I would wipe my mobile phone and my spectacles with spirit and go directly to the bathroom where my clothes would go into a separate bucket and I would enter the shower. Another round of scrubbing would follow, and I would be ready for home. This dual life was imposed and necessitated by the Corona pandemic. I did not resent it, it came with its benefits, but it was a bother!!!!

And so, after the shower, I changed into a fresh set of clothes, picked up my wallet and my belt from the other room, where they were quarantined, and headed towards the ‘pooja room’ to have my daily talk with my deities………….